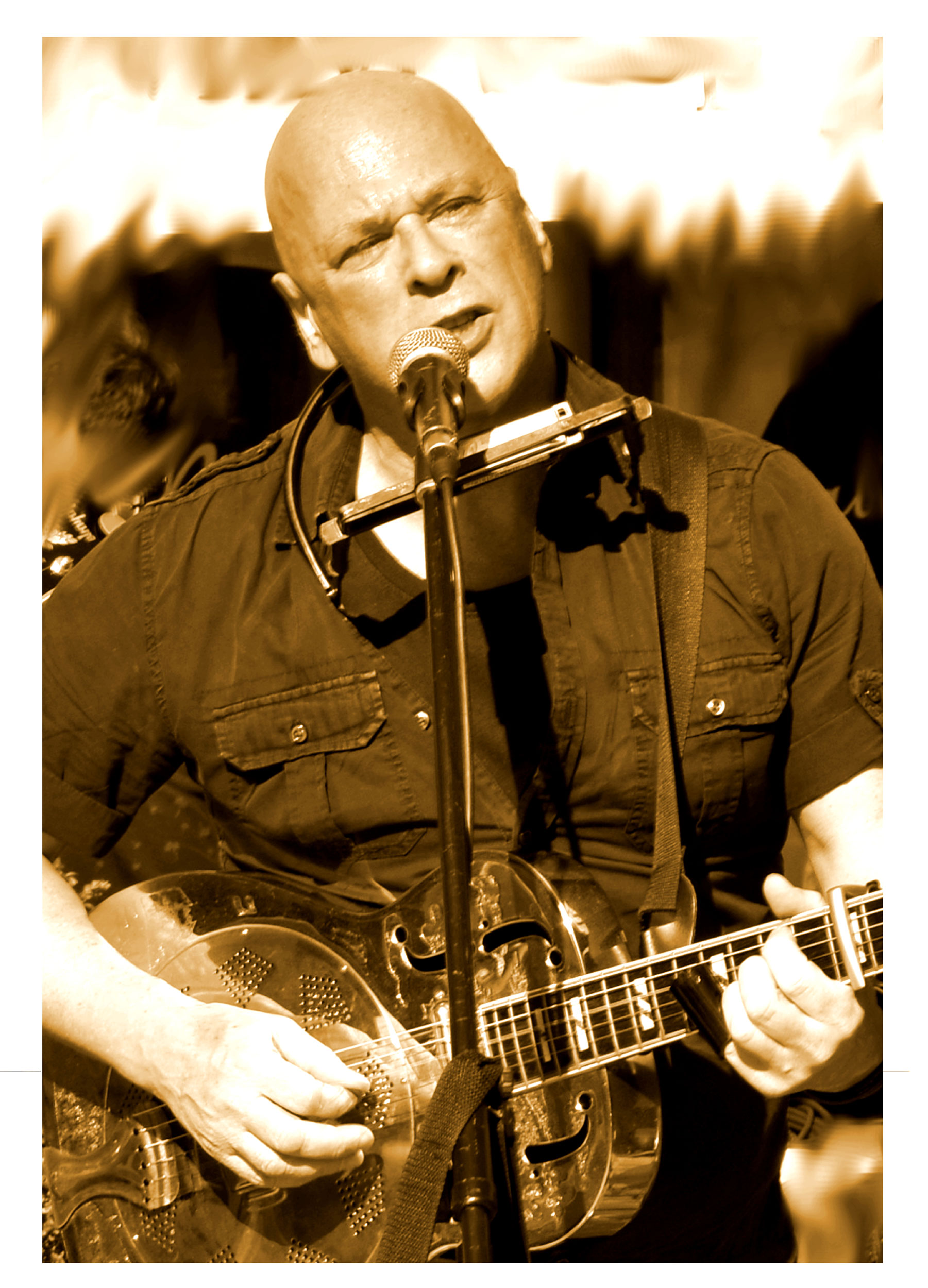 John Coletta is the singer songwriter blamed for the Scottish folkabilly phenomenon “The Humpff Family”. John will be performing Solo, swapping his Mandolin for Guitar, Harmonicas and kick drum he will be singing his favourite covers for everyone to sing and dance to.

After escaping notoriety, retiring to the middle of nowhere and some time spent cultivating his own patch working on solo projects, musical collaborations generated by the release of his latest CD ‘sleekit slivers’ convinced John that working with other interesting musicians was worth another shot. With the Humpff and alone he has had numerous TV and Radio slots all over the world. He has Played Celtic Connections, Belladrum, T-in the Park and festivals in Strathaven, Stonehaven, Partick, Strathpeffer, Fort William, Girvin, Ayr, Arran, Aberdeen, Orkney, Shetland, Barra, Newcastle, Pointon, St Nazair, Eindhoven, L’orion, Englemunster, Haugesund, Tondor, Aalborg, Shrewsbury, Gloucester, Bath, even Shetland on a few occasions! After ‘In the Family Way’ (1989), ‘Fathers’ (1992) and ‘Mothers’ (1994), he has released a solo CD “…living in hope…” (2007), and ‘sleekit sliver’ (2014) with his first band in a decade, which has been well received with much airplay.