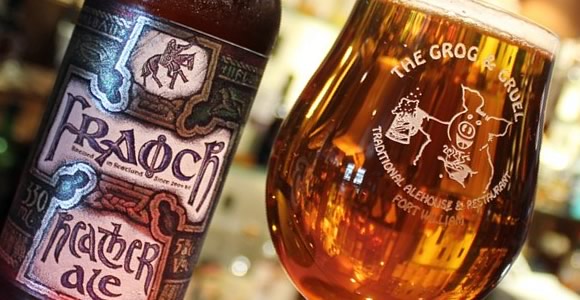 Over the last few years Scotland has seen a renaissance in the number of small breweries producing cask conditioned or ‘real’ ales. A good number of these breweries can be found in the Scottish Highlands and Islands. Since opening in 1994, The Grog & Gruel has aimed to bring you the biggest and best range of these beers possible.

The range of ales on sale varies with availability and the level of trade, but we always hope to have the best selection of ales in Fort William, if not the Highlands, for you to try.

Beer festivals are held on a number of occasions throughout the year. We try to keep a range of 8 or so beers and will also introduce a few new beers during our festivals. 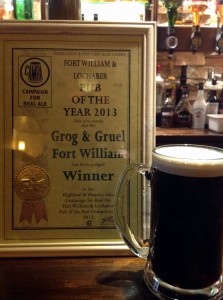 Our efforts over the years have not gone unnoticed. We’re regular winners of CAMRA’s Best Pub in the region, and in 2005 were awarded Les Routiers’ Best Real Pub in Scotland. We are members of Cask Marque, and regularly enjoy high marks for the quality of our cask ales.

When we opened in 1994, all those years ago, we ‘d be struggling to bring you ten Scottish beers worthy of recognition. However, despite claims that the beer market has been in decline for the last few years, there’s now dozens of Scottish breweries on the scene, all producing some excellent beers.

Our policy is based on trying to bring a wide selection of beers whilst maintaining quality and value for money.

Whilst occasional appearances may be made by different breweries, one-off purchases can be expensive for both the supplier and retailer. We therefore prefer to deal with a reasonable number of predominantly Scottish breweries and thereby still bring variety, quality and consistency.

The range will vary, as will the number on sale at any one time. Don’t complain if there’s not as many as you’d like. When it’s quiet, quality is more important than quantity.

Over the years we’ve featured literally hundreds of ales – you’ll see many of the badges adorning the gantry in the alehouse. We can’t list them all, but on we’ve added some of favourites and our regulars on the web pages to whet your appetite. 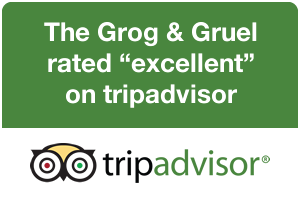 Rumskee are the newest band from Argyll on the Trad scene, featuring pipes, vocals, guitar, fiddle and piano in a…